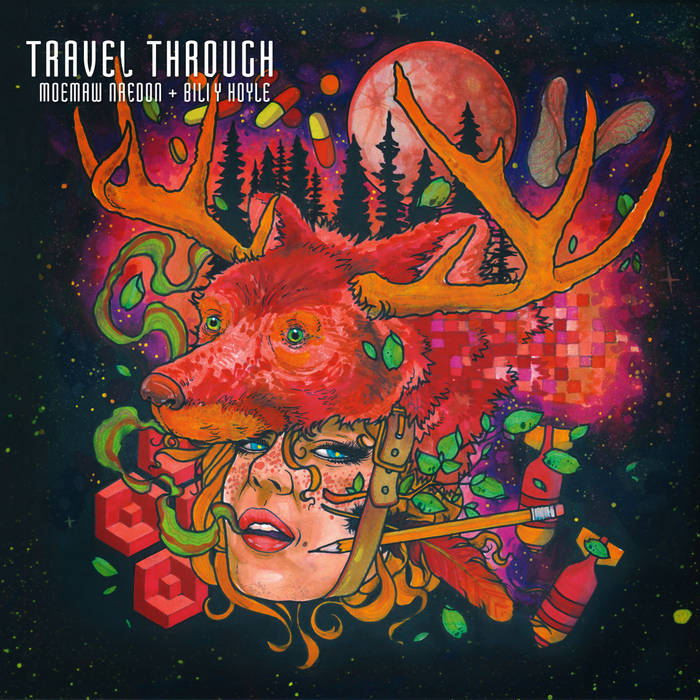 Emcee Moemaw Naedon and producer Billy Hoyle bring you Travel Through.
The entire album is produced by Billy Hoyle and is his first full on collaborative project. This will be Naedon's fourth project, but it will be the first where he is the main lyrical focus and features no other rappers.
Both hailing from Pittsburgh, Billy Hoyle was named one of the up and coming producers you should know by Jenesis magazine in 2014 and has released recent tracks with artists like Hubbs, Tayyib Ali, and Goldsmith. Moemaw Naedon is best known for his performances with his group Fortified PhonetX and his former projects, Circular Signals with The Latebloomer from New Jersey and the Galactic Brethren project with Brother Seamus from New Orleans, all a part of the Surface Level Records collective.
On Travel Through, Naedon and Billy's styles combine forces to form a 9 track project that delivers a cohesive sonic journey through Naedons mindstate ranging from metaphysical visuals, substance use, tales of reincarnation and honest real life issues meshed with abstract lyricism over Billy's spacey yet soulful production. !