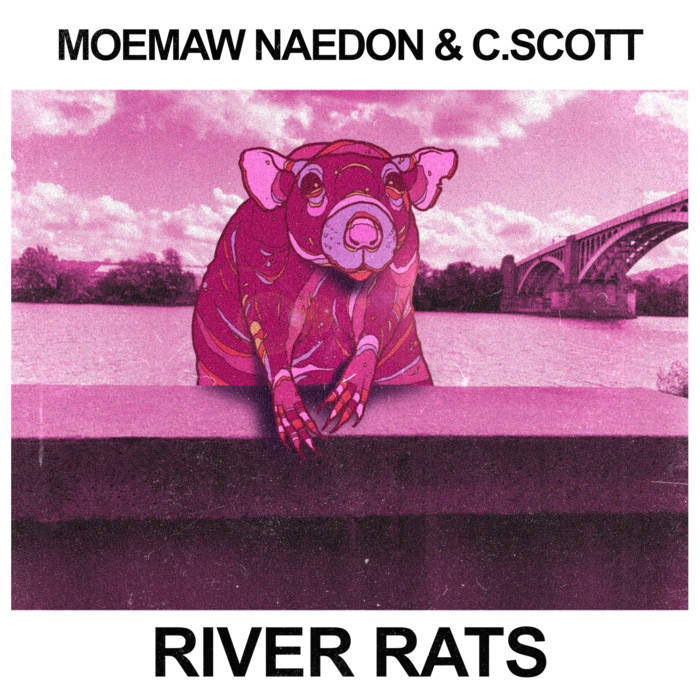 Moemaw Naedon & C.Scott’s new collaborative album, River Rats, is a wavy blend of genres—hip-hop, psychedelia, and just a hint of prog-rock—that perfectly captures the tension, confusion, and complexity of 2020. It’s also a personal project for the two Pittsburgh-based artists, who created a majority of the album during the COVID-19 lockdown. The result is a record that’s immediately relatable and engaging, but also thoughtful and incredibly creative.

The world of River Rats is one steeped in Naedon and Scott’s shared love for sampling and crate-digging. Their dusty fingerprints are all over this album, particularly Scott’s as he produced the entire project. But as he explained, the two would share sample sources and records while crafting these tracks, including the Prince Paul-esque interludes as well as standouts like “Off The Path” (feat. El Da Sensei) and “Summer In The Muck” (feat. B.Rude).

Those cuts also exemplify the humidity-soaked, naturalistic feeling of River Rats, which is fitting because Naedon and Scott worked on parts of the album while hanging out on the shores of the Allegheny River. “Since we couldn’t really hang out indoors with people that often, we chilled at the shores of the rivers in Pittsburgh drinking, smoking, building fires, playing beats out of Bluetooth speakers and just talking about what we were going through,” Neadon says. “Thus, the title ‘River Rats’ was born.”

River Rats is due out Sept. 02 through all digital retailers and streaming platforms via Soul Slime Records with limited copies available on and cassette through the label’s Bandcamp page. The cassette includes two bonus tracks, “Frog Work (instrumental)” and “P.K.E. (C.Scott Remix).”